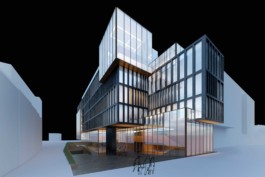 Dorobanti Smart Office is the project for a new office building that will rise along one of the main arteries of downtown Bucharest.

The project aims to introduce in the local tertiary market a new office concept, the "Urban Villa-Office", in which the work space recovers the human scale, devotes great attention to the quality of the interior spaces - which are increasingly customizable to the needs of end users - and makes the sociality and sharing of services one of its strengths.

The volumetric configuration of the building starts from the idea of moving part of the volume back from the street boundary of the plot in order to define a public square open not only to the users of the building but also to the citizens, with the insertion on the ground floor of commercial activities.

The modelling of the volume, in line with the urban constraints of the area and with the objective of not wanting to obtain a volume that is too imposing, has favoured fragmentation, defining a stepped profile that becomes an opportunity for the configuration of green terraces on all levels of the building up to the roof. The great volumetric richness of the building is contrasted by the uniformity of treatment of the envelope, marked by the vertical rhythm of the façade and the presence of brise-soleil on the western front, which give to the building a unified and recognizable character.

The planimetric system has been set on a 1.3 m base module, able to give great flexibility to the internal organization of the building and to favour the future division between different tennants and the future possibility of hosting, over time, functions even different from the working one.

From the environmental point of view, the objective of the design and construction of the building will be the energy self-sufficiency (ZEB), aiming at obtaining the highest energy certifications for new tertiary buildings and at the optimization of the operational and maintenance costs. 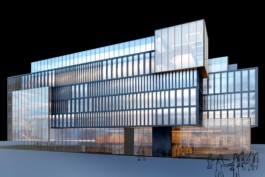 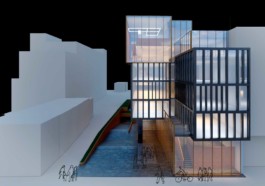 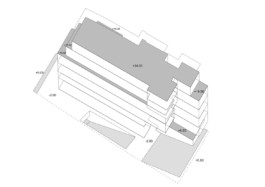 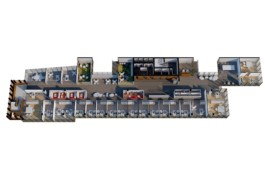 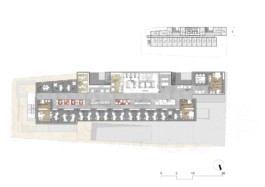 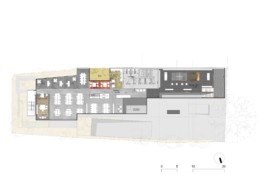 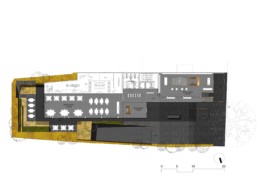 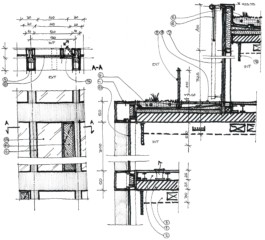 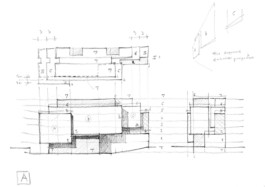