HOTSPOT is the first of a series of high-standard coworking spaces in Bucharest.

An innovative and open-minded business concept – developed by REC Partners – is expressed architecturally through a series of high, open spaces, separated by glass walls. The same glass walls create a succession of parallel spaces that starts from the inner, public areas, crosses meeting rooms and open office spaces, to finally melt in the space of the surrounding cityscape - an active element of the project thanks to the curtain wall envelope of the building.

Double-height rooms take advantage of the skylights to create a series of original, suspended ‘rooms in rooms’ dedicated to meetings and team work. The public areas communicate directly with the building’s lobby. The result is a powerful sequence of successive spaces, united together under the light in an articulated whole. 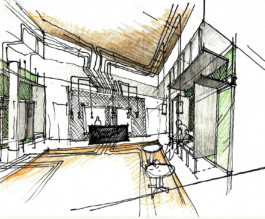 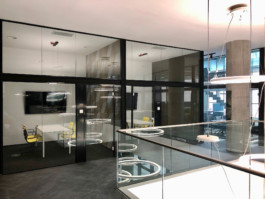 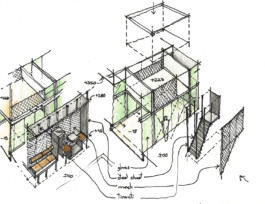